The Heartland is a world-leading economic area, founded on science and technology innovation, powered by a network of world-leading universities and research centres. And it has the potential to achieve even more. 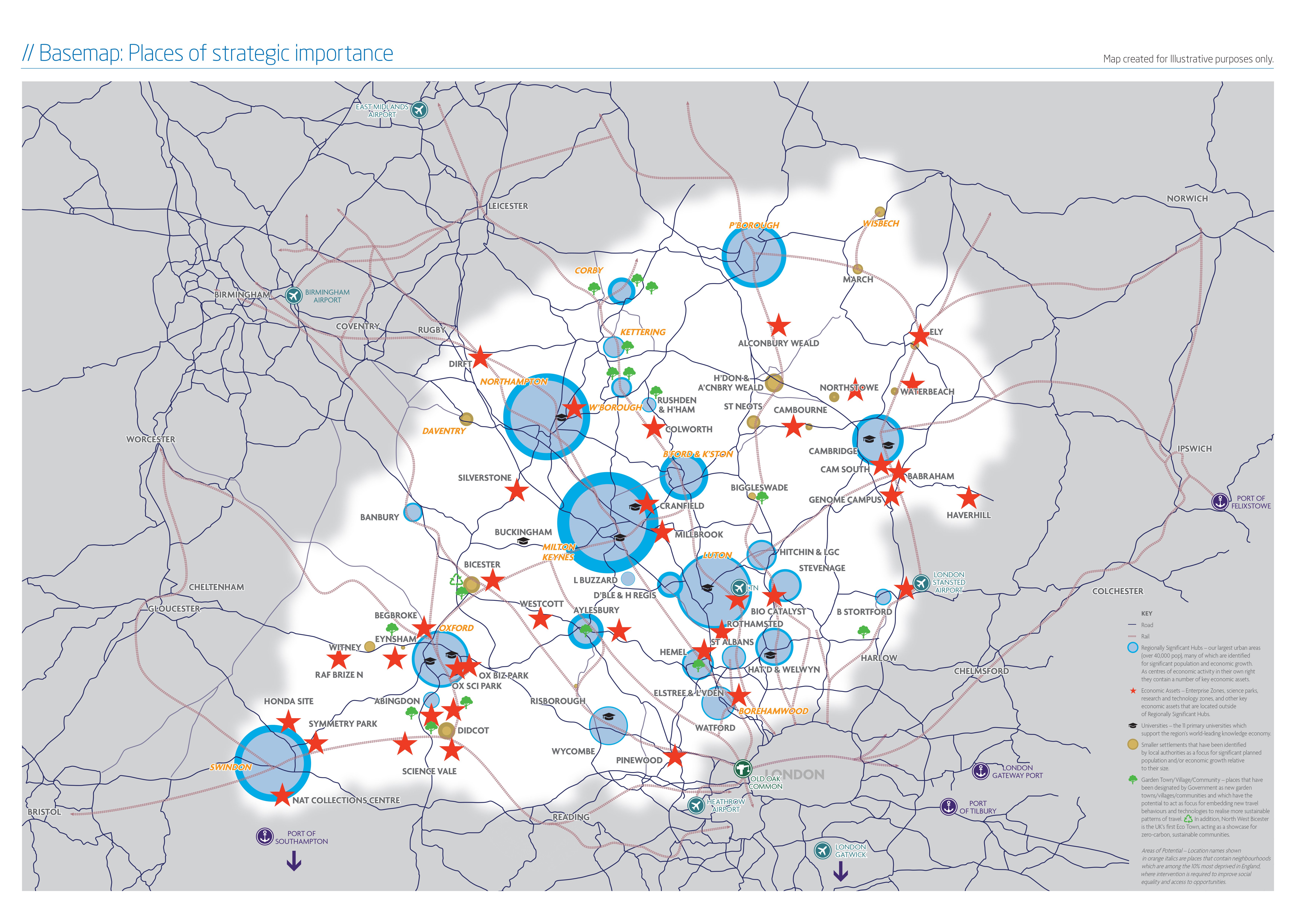 More than one in 10 of the UK’s knowledge sector jobs are located in the region’s cutting-edge science parks, research institutions, businesses and incubators, creating an ecosystem of innovation and capability that is globally renowned. The universities of Oxford and Cambridge continue to be ranked in the top three universities in the world.

A significant part of the Heartland has been identified by the Government as a national economic priority – the Oxford to Cambridge Arc. This designation builds on the National Infrastructure Commission’s 2017 report: Partnering for Prosperity – a new deal for the Cambridge – Milton Keynes – Oxford Arc.

Its economic success benefits not only the region’s residents, but the UK more widely, with the Heartland being a net contributor to the Treasury.

With the right investment in infrastructure in the right places and at the right time, the region can do even more: our Local Enterprise Partnerships have identified the potential for our economy to grow by more than 70% by 2050.

Economic growth on this scale alongside the need to reach net zero carbon will not be realised without a step change in the way our communities are planned and the way our infrastructure is delivered (including the level of investment).

Success Cannot be Taken for Granted

As the National Infrastructure Commission highlighted, our continued economic success cannot be taken for granted.

Businesses continue to face a number of challenges:

The Heartland is blessed with a highly attractive environment – built and natural, urban and rural– which helps make it an attractive place for investment and delivers a desirable place to live and work. The full extent and quality of the Heartland’s environment is captured in the baseline underpinning the Integrated Sustainability Appraisal (ISA).

Over 10% of the region is designated as being part of Areas of Outstanding Natural Beauty. The Chilterns on its own comprises 6% of the region’s total area. The region also has a valuable historic environment, including a wealth of historic assets including Blenheim Palace World Heritage Site.

The Heartland is home to 5.1m people, approximately 9% of the total population of England. And whilst the region has a number of centres of significant economic activity, it also has a large number of small and medium sized market towns and large rural areas resulting in a diverse range of transport needs, opportunities and challenges. As a result, around 35% of the region’s population live in small market towns and rural hinterlands, significantly above the national average.

Whilst overall the region is an economic success, there are significant areas of social inequality and deprivation, where opportunities for individuals to realise their full potential are limited.

Over 812,000 people in the region live in the top third most deprived local authority areas of England – accounting for 15% of the region’s population. The implications of failing to address inequality are only too evident: within Oxford for example, life expectancy amongst young adult males varies by 15 years across the city.

Released alongside the Draft Transport Strategy in 2020, Heartland in Context provides details on the economy, environment, people and transport system of the Heartland.