We must plan a different future for our roads network for both passengers and freight – one that puts decarbonisation at its centre and encompasses strong environmental principles. This will require a shift is the way we look at roads and their role in serving communities and businesses in the future.

i) Protects and enhances the existing infrastructure asset

The wider context provided by the Transport Strategy helps set the direction of travel for the outcomes required from investment in the road network.

ii) A network which supports the Heartland’s wider growth aspirations

iii) A network which is future ready

iv) A network which is managed, planned and delivered in a way that is consistent with the Travel Hierarchy (policy 4 of the Transport Strategy)

As the Sub-national Transport Body for the region, England's Economic Heartland is tasked with preparing the region’s advice to Government in respect of investment priorities for the Major Road Network, along with the Large Local Major schemes.

What is the Major Road Network?

The MRN is the country’s busiest and most economically important local authority ‘A’ roads. A specific new funding stream is dedicated to improvements on MRN roads. The MRN was classified following a Government consultation in 2018.

In May 2019 EEH's partners submitted scheme proposals for consideration for the first five- year programme.  Following a review process, England's Economic Heartland is submitting 11 schemes to the Department for Transport.

Schemes being proposed are not ranked or in competition with each other, they have been reviewed on their own individual merits for inclusion in the regional programme.

They will be considered by the Department for Transport for a funding decision later this year. 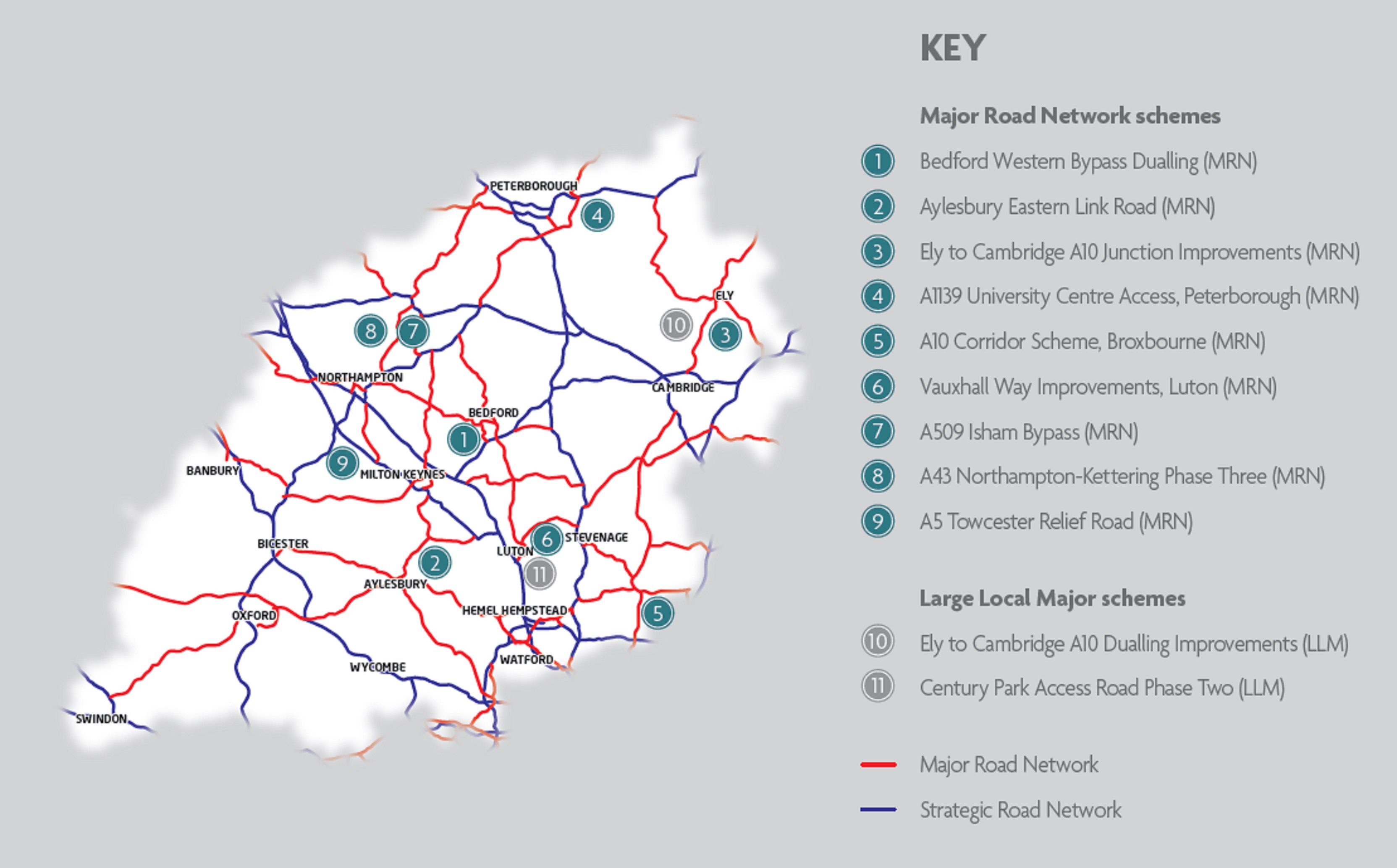 For background information see our report to the Strategic Transport Forum in July 2019.

In its role as Sub-national Transport Body, EEH is continuing to work with Highways England to support the delivery of the agreed RIS2 programme.

For RIS3 (2025 – 2030), Highways England is working with EEH to identify specific schemes/issues that partners wish to have considered. EEH is working with partners to develop the Heartland’s requirements.